RIServes – newest network in the national AmericaServes movement – will guide veterans, service members and their families directly to needed services

Providence, RI -- Governor Gina M. Raimondo today announced the launch of RIServes, a coordinated network of more than 35 agencies and providers that makes it easier for active duty service members, veterans and their family members to find services they need in Rhode Island. The network launch was announced during an event at the State House on December 11, 2017. She was joined by her RIOVA Director of Veterans Affairs, Kasim Yarn, the RI National Guard Adjutant General, the AmericaServes and Unite Us project teams, and other state and local officials. RIServes is the 12th network across the country within theAmericaServes national model.

Supported by a web-based technology platform from UniteUs, the new network will connect veterans with services in areas including health care, housing, education, job training, and legal and financial counseling. RIOVA staff will operate the local RIServes coordination center to identify needs, and route clients to the most appropriate care givers based on eligibility and services. RIServes uses UniteUs software to quickly match the client with a service provider and track the entire interaction to ensure quality and timeliness.

“We must do everything we can to serve those who served us,” Raimondo said. “We made progress last year by hiring two case managers under Director Yarn, but I knew we needed to do more. With RIServes, we’re taking the next step. This network brings together federal, state, local, and community agencies to work on behalf of our veterans and their families so no one gets left behind.”

The RIServes Network, which is part of the national AmericaServes network administered by the Institute for Veterans and Military Families (IVMF) at Syracuse University, is a coordinated network of public, private and nonprofit organizations serving veterans, service members, and their families in Rhode Island. First launched in New York City, AmericaServes is active in 12 major cities, connecting veterans to not only local services but to a national community from Seattle to San Antonio and Rochester, NY to Raleigh. RIServes, as a first-of-its-kind statewide approach, will be a key partner in this national model that shares best practices and lessons learned in fundamentally changing the way services are delivered to veterans and their families.

“When we first started on this journey, our Governor asked me to stand up an office that will be an effective coordination center, a central point of access and intake for veterans and their families,” recalled Director Yarn, the state’s first Director of Veterans Affairs. “She told me that we are committed to ensuring EVERY veteran has a chance to make it here in RI. With all of our community partners, coming together as a team under the RIServes banner, we are now in a position to be that central hub for our veterans’ community. This is a big day for us.”

“Navigating resources and care is the number one challenge facing our Veterans,” said Taylor Justice, UniteUs Co-Founder and President. “Taking care of our Veterans requires coordination between public, private and nonprofit agencies, who are now able to work together in real-time to ensure positive outcomes. Such a strong commitment from Rhode Island’s government is a promising indicator for the future of Veterans and their families in the state. We are proud to be a part of this historic state-led transformation and their dedication to innovation.”

“We are so pleased to welcome Rhode Island to the AmericaServes movement,” said IVMF Managing Director Jim McDonough. “Governor Raimondo and Director Yarn have a proven track record of delivering care to the State’s veterans and families and the Unite Us technology is a crucial addition to enhancing that delivery even further. As we continue to fill gaps for those underserved through enhanced coordination of care and extend this first-of-its kind community network across an entire state, having ‘boots on the ground’ leaders like RIOVA is the key to success.”

Active duty, National Guard, Reserve service members, as well as veterans and their families who reside in Rhode Island, are eligible for support from the network. All individuals who have served in the military regardless of age, era, or branch or discharge status are eligible for support from the coordination center. Although some services have limiting eligibility criteria, network care coordinators strive to find an appropriate local resource. RIServes expects to eventually have participation from 50-60 providers.

“There is no doubt in our minds that we – as a government, as a state, as a people – owe an extraordinary debt to those who have served in our nation’s military and defending the freedom and rights we all value and treasure. We cannot do enough to assist our veterans, their spouses, and their families for all they have sacrificed and given. RIServes will provide our veterans and their families with the support network they need to live out their civilian lives with honor, dignity, and respect,” said Sen. Walter S. Felag, Jr., Chairman of the Senate Committee on Special Legislation and Veterans’ Affairs (D-Dist. 10, Warren, Bristol, Tiverton).

“Our veterans and their families have bravely sacrificed so much for us all and they deserve to be treated as the heroes they are, with pride, gratitude, and admiration. RIServes will accomplish this by providing varying forms of assistance so that we as a state can demonstrate how much we value the selfless actions our veterans have done in the name of our freedom and liberty,” said Rep. Samuel A. Azzinaro, Chairman of the House Committee on Veterans’ Affairs (D-Dist. 37, Westerly).

With over 40,000 veteran organizations in the country offering medical, financial, employment, housing and other services, finding and accessing services has become the number one self-reported issue for veterans and their families, according to a recent Blue Star Families survey. IVMF’s AmericaServes’ networks solve this problem by bringing together a wide range of vetted, service providers. Veterans and their families work through the local RIServes coordination center to identify what they need, and the center matches them with service providers. Using the HIPPA-compliant Unite Us technology, each case is monitored to ensure people’s needs are met quickly and successfully.

Veterans, military members and families in need of assistance or more information should go to www.riserves.org or call (401) 921-2175.

Our mission is simple: Serve the Ocean State’s 67,800 Veterans and their families. We execute this mission through (1) the RI Veterans Home, (2) the RI Veterans Memorial Cemetery, and (3) the RI Veterans Resource Center. The Veterans Home in Bristol provides quality nursing and domiciliary care to our veterans. The Veterans Memorial Cemetery, situated on 280 acres in Exeter, is a dignified and solemn resting place for RI veterans and their eligible spouses or dependents. The RI Office of Veterans Affairs also serves as a central hub to provide assistance and access to resources to those who have served in the Armed Forces, as well as their families. For more information, visit www.vets.ri.gov  and follow RIOVA on Facebook and Twitter.

About AmericaServes
AmericaServes is the country’s first coordinated system of public, private, and non-profit organizations working together to serve veterans, transitioning service members, and their families. Administered by the Institute for Veterans and Military Families (IVMF) at Syracuse University, AmericaServes’ vision is that every service member, veteran, and their family can easily access the full range of comprehensive services required to achieve their unique goals, and to provide a superior service experience to matching participants’ first-class military service.  For more information, visit americaserves.org and follow the AmericaServes on Facebook and Twitter.

About the Institute for Veterans and Military Families at Syracuse University
The Institute for Veterans and Military Families (IVMF) is the first interdisciplinary national institute in higher education focused on the social, economic, education, and policy issues impacting veterans and their families. Through its professional staff and experts, the IVMF delivers leading programs in career, vocational, and entrepreneurship education and training, while also conducting actionable research, policy analysis, and program evaluations. The IVMF also supports communities through collective impact efforts that enhance delivery and access to services and care. The Institute, supported by a distinguished advisory board, along with public and private partners, is committed to advancing the lives of those who have served in America’s armed forces and their families. For more information, visit ivmf.syracuse.edu and follow the IVMF on Facebook, Twitter and Instagram. 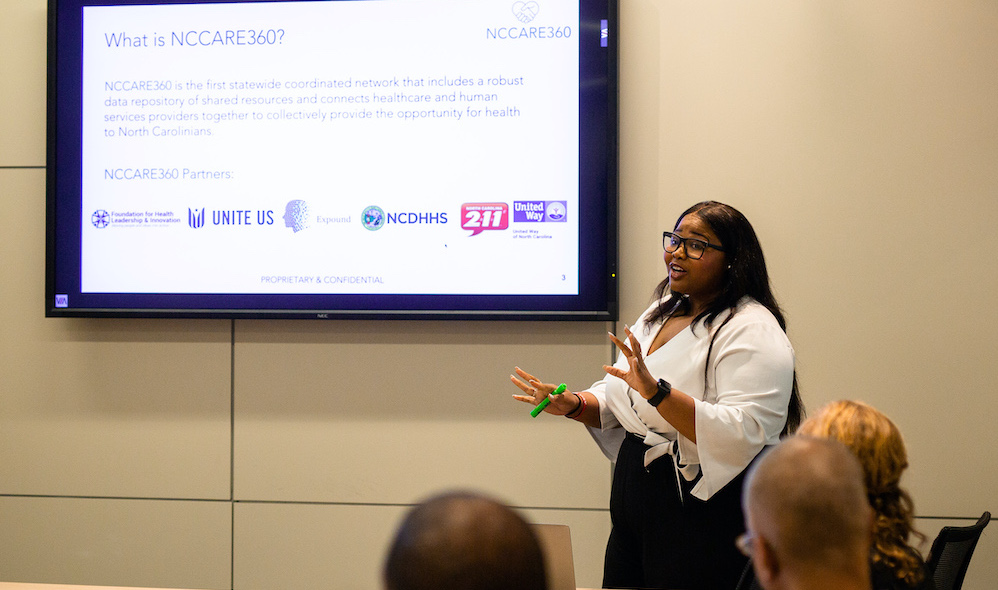 What Does it Take to Transform Care Across an Entire State? 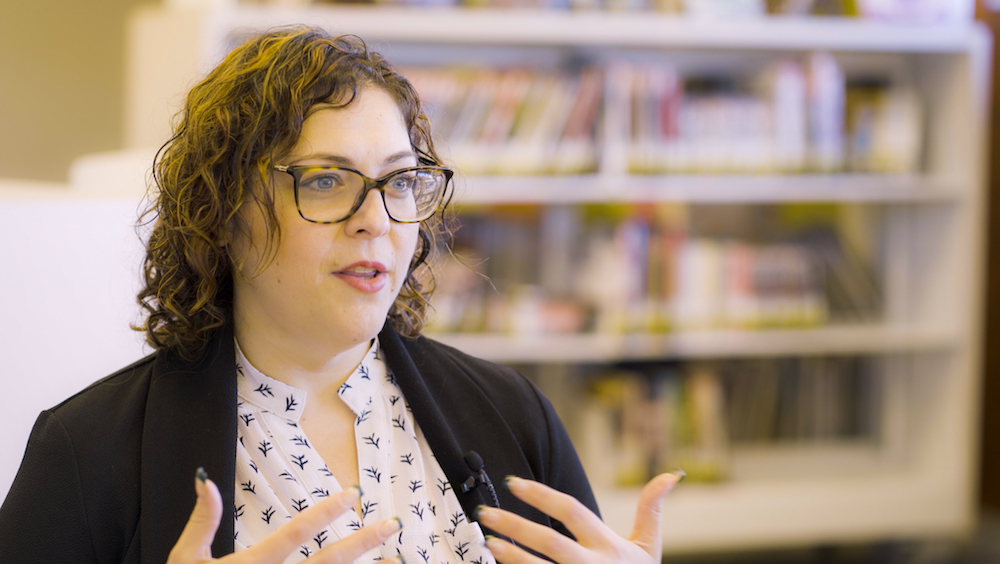 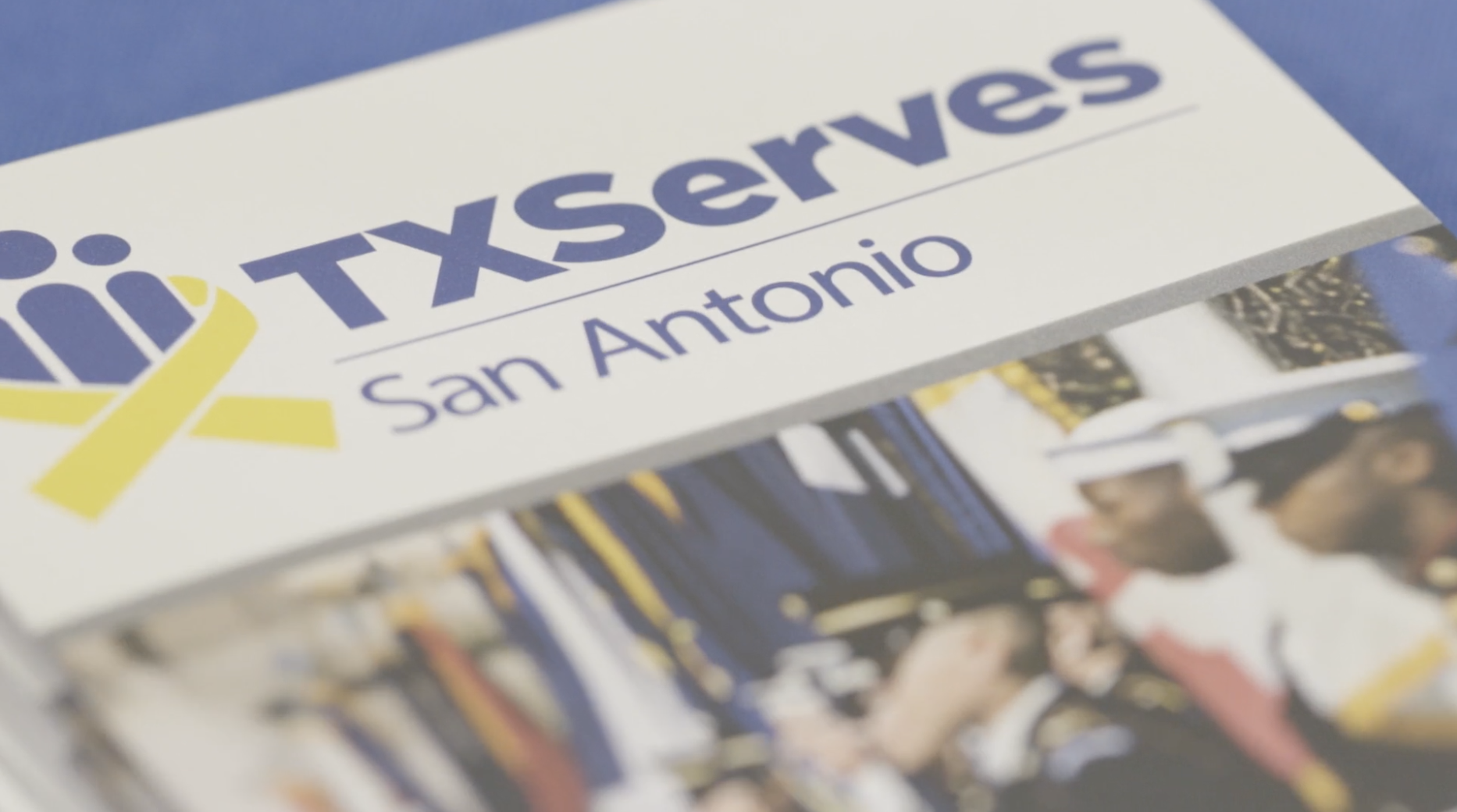